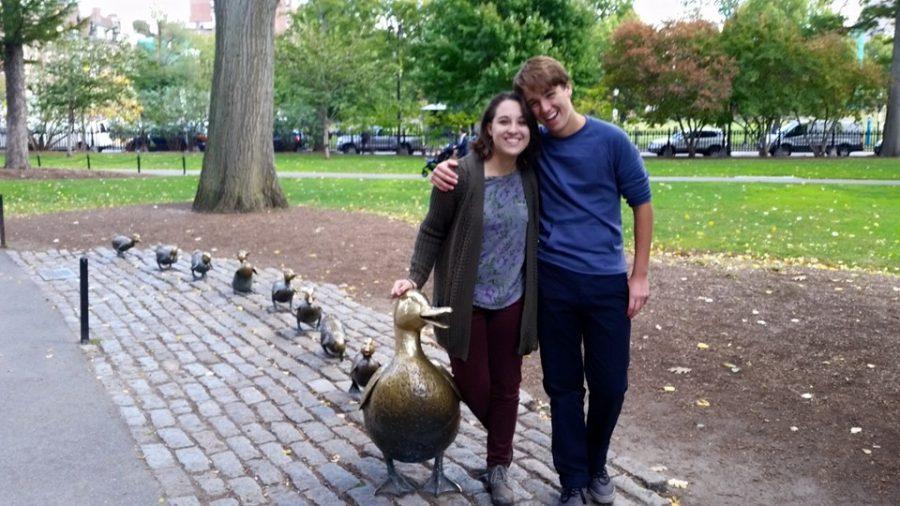 Perhaps some of you saw the Facebook message Mr. Turf  posted just about a week ago.  Just an image and a message of excitement from Mr. Turf… GATEway Boston?!

If any of you were were as confused about this post as this reporter was, you will be interested in what Mr. Turf has to say.  The obvious place to start —  what is GATEway Boston?  While the plan is just in its early stages, Mr. Turf describes his vision for the program: “GATEway Boston is a program that we’re looking at to be a semester away program where students can elect to spend an entire semester away from Miami… Receiving credit from Country Day, taking courses from our teachers.”

A plus of this program being initiated, though not the sole reason behind its creation, is that MCDS will be able to accept 15-20 more students each year because that number will be away in Boston each semester.  While being able to increase enrollment is a benefit, the main reason behind the decision to create this program, as Mr. Turf explains it,  is to let  people experience education in a completely different way and to see what other opportunities are out there.  He wants students to have “a completely amazing time in a different way.”

In conversations Mr. Turf has had with students who have lived in Miami for their whole lives, they have expressed their love for MCDS but a desire to experience something different. The conversations have helped fuel Mr. Turf’s vision to keep adding different types of experiences to the signature GATEway program.  As to the decision behind Boston, “I’ve had people who have looked at possibly going abroad. It’s a big commitment at this age to go away for an entire semester… By doing a domestic program, psychologically you’re still somewhat close to home,” Mr. Turf explains.

Another plus of this great location is that Boston is a college town, and many siblings will be united when younger brothers and sisters spend a semester in the same city where their older siblings are going to college. Though Spring of 2018 will just be a soft launch of the GATEway Boston program, it will likely be indicative of whether the program continues.  During the semester, students can expect about the same basics as the GATEway summer programs with a few exceptions. The biggest difference will be taking core classes. Students will have to choose their classes based off whether it is offered in Boston.  Meanwhile, Mr. Turf is toying with the idea of video conference, but these ideas are just in the planning stages.

When asked about some of the fundamentals of the GATEway Boston program, Mr. Turf wasn’t able to confirm anything. However, there are some very innovative ideas in the air such as an internship in the beginning of the day until 1:00 p.m., with traditional schooling in the late afternoon and early evening. Similar to the GATEway program, in order to accommodate this proposed internship, classes would be held 6 days a week. Ideally, students would be able to participate in some internship that suits their interests and also possibly receive service hours.

One of the hardest parts of agreeing to go on this adventure into a different form of learning are the aspects of a traditional school semester a student will have to give up. Mr. Turf says, “At some point, people just have to make choices… You have to decide what’s important to you. If it’s being a class officer and you’re going to take that job seriously, then you should stay here, but if you want that experience [GATEway Boston]… then that’s a decision you have to make.” Whether it be playing in a sport or giving up a class officer position, students will have to decide to pursue their passions here in Miami or to explore the types of opportunities offered in this program.

When asked about how much freedom students will be offered in this program, Mr. Turf responded with an answer that summarizes the whole program: “Similar to Madrid and Montreal, there’s a schedule, but there are chunks of free time during the day and that’s a big part of the experience. It’s about maturing, it’s about growing up, and understanding how to manage one’s life. There’s a structure, but within that structure is built in time to live life and develop as a human being.” Mr. Turf also added that staying out until 2:00 a.m. wouldn’t be condoned, since staying out that late home in Miami is not something he would recommend either.

Since my sister attends Emerson College, I have had the opportunity to visit Boston many times and can vouch for what an amazing city it is.  Though much is yet to be finalized as to what the future of GATEway Boston will hold, I, for one, am very excited about the possibilities.