GATEway Madrid – The Trip Of A Lifetime 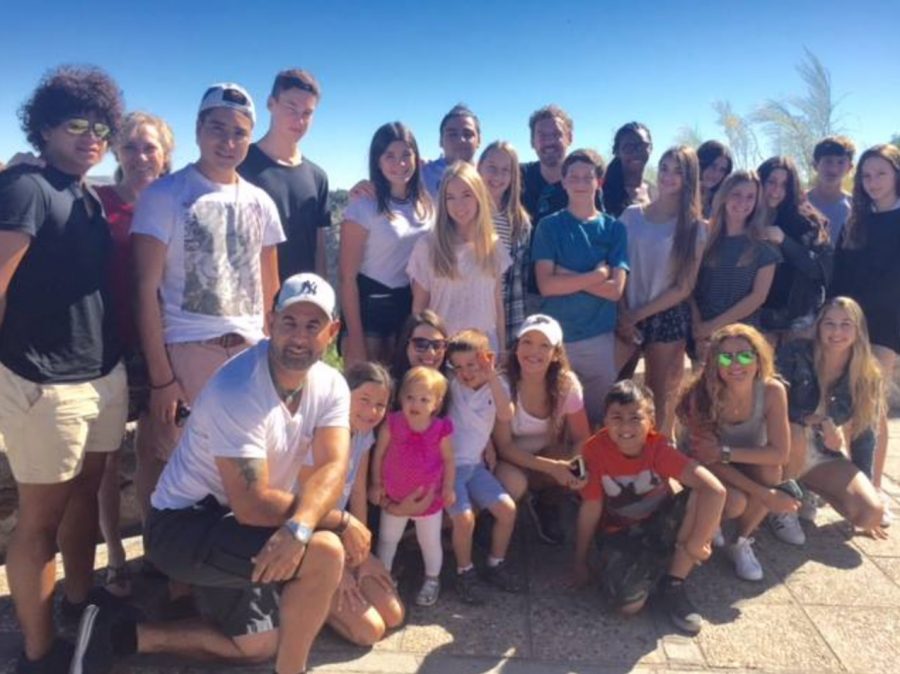 On June 17, I boarded a plane bound for Madrid, Spain. The next day I met up with our group in the lobby of the comfortable Nebrija residence, where we would spend a total of 3 week. We toured the residence and got to know all of the amenities offered, like the ping-pong table, gym and foosball table. From the residence, we took a trip around the streets of Madrid and observed its magnificence.

The first few days were weird. We had no idea what to do, as it was the first time for many of us in a foreign country without parents. Thankfully, Ms. Sardina, Mr. Rosas, Mr. Brennan and Ms. Kelly were considerate and gave us a lot of free time to eat, do laundry, go to the store, or do anything else we wanted to do. During most of our free time in Madrid, we ate. Some of us found this hole-in-the-wall sushi place, which wasn’t that of a great idea, because just a couple have hours after finishing there, Sebastian Rodriguez got a huge dragon rash from the exotic “salsa de dragon.”

The bullfight was the most controversial event, as some students fled with tears in their eyes during the first “fight,” which is really just a decorated slaughter. This has been a huge point of controversy in Spain and other countries. Groups like PETA have been fighting to end them, while the Spanish contend it is part of their culture. We learned about this on the Ernest Hemingway tour, which was exhausting, not because it was boring, but rather because it took place in the middle of the day, after we had to wake up early for a history class led by Mr. Rosas and Mr. Brennan.

At first, many Gatemates were wary about giving up their summer for classes. It sounded daunting. But art history was fun; we usually talked about weird modern art. One example: a white painting, where there was no subject. It was just a white panel. The museums that we visited, were the type where your parents usually drag you, But they were turned into adventure through scavenger hunts for prizes.

Between our weeks in Madrid, we ventured to other parts of Spain, like Toledo and Seville. Both cities were amazing and in my opinion were where most memories were formed. Toledo was a small city packed with history, and is one of the oldest in Spain. A group of us met these little Spanish boys and girls who were obsessed with us, Americans and demanded our Snapchat and Instagram accounts. We learned about the way in which swords were made and were even given the chance to buy the medieval weapons. Seville was the most action packed city by far. Medieval cathedrals, Muslim palaces, windy streets – it was like taking a step back in time. We also enjoyed flamenco lessons, ate authentic Andalusian food, and took a kayak ride up the Guadalquivir river.

Scavenger hunts seemed to be a theme of the trip. At the end of our Madrid visit, we were tasked with a citywide search for the most random of objects and facts. One example: find the price of a tortilla Española at the Mercado San Antón. Unfortunately, I got very distracted on this search and ate ice cream three times. The prizes were great. Some even got their first choice in minimester.

From Madrid, we took an unforgettable train ride to Barcelona, to meet up with our French gatemates. This was awesome, as some of us could unite with friends. There was also some controversy during the meeting, because on social media the Nice girls poked fun at the number of pictures the Madrid girls took. The “rivalry” was humorous and playful, but at the end of the day we were all grateful to have taken part on the trip.

In hindsight, going to Madrid was rewarding. It allowed for total immersion into the Spanish culture. The people who went on the trip, especially the teachers, made it a worthwhile experience. It was a life-changing voyage that will always be remembered by those who there and recommended to anyone who is interested in getting out of their comfort zone and experiencing something new.