Inside the Bubble with Ryan

Life in the NBA 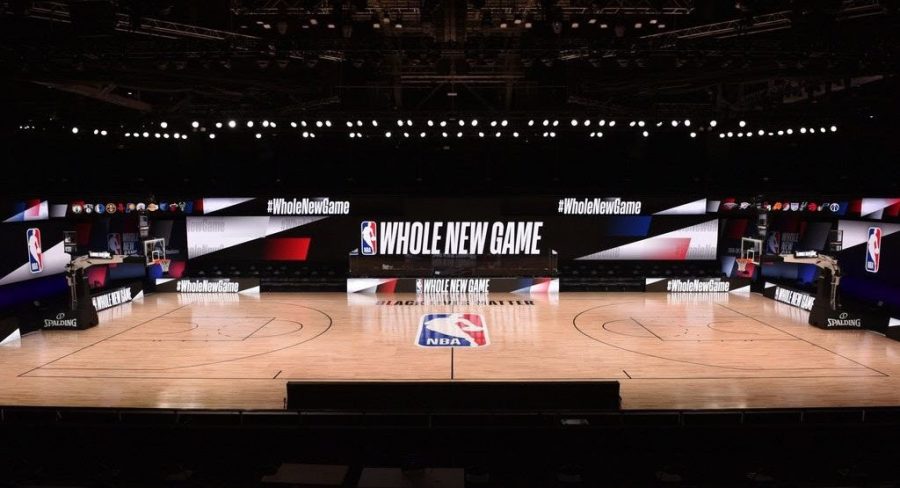 The NBA's Bubble has saved the league and made fans (and advertisers) very happy.

Sports Reporter Ryan Mendelson puts YOU “Inside the Bubble” for all things sports this year in his newly added weekly column.

On March 11, this year got a little crazier as the NBA postponed its season as the first positive test for Covid-19 was announced. The world was sent into shock as the uncertainty of the NBA season carried on for many months.

Now, after a 140 day hiatus, the NBA is back with some exciting action for their fans. The teams are playing at Disney’s ESPN Wide World of Sports Complex in Orlando, Florida, where they have created a bubble to keep players and coaches safe while still playing. The playoffs are in full swing and there have been a lot of headlines coming out of Orlando.

The story of the NBA bubble has been the outstanding play of the league’s young players. Devin Booker (23) of the Phoenix Suns averaged 30.5 points per game and led his team to an 8-0 finish to their season. Donovan Mitchell (23) has been spectacular in his playoff series against the Denver Nuggets averaging 37.6 points per game, scoring over 50 points in two of them. Finally, in only his second year in the league, Luka Doncic (21) of the Dallas Mavericks has been emerging into a superstar. In game 5 of his playoff series against the Los Angeles Clippers, a game in which the Clippers were heavily favored, Doncic poured in 43 points,17 rebounds, and 17 assists, while capping the game off with a step-back buzzer beater 3 for the upset win.

A Lot of Competition in the East

The second round of the Eastern Conference playoffs is set as the Milwaukee Bucks, Miami Heat, Toronto Raptors, and Boston Celitcs all advanced easily. The 4 teams combined to lose just 1 game in the first round. The Bucks will play the Heat and the Celtics will face the Raptors. These four teams are competing for a spot in the Eastern Conference Finals and eventually the NBA Finals. In two matchups that are highly anticipated, it will be interesting to see who will come out on top.

The NBA restart has provided fans with a level of normalcy as sports are starting to return. The question is, who’s going to win it all?