The Vaccine and Us 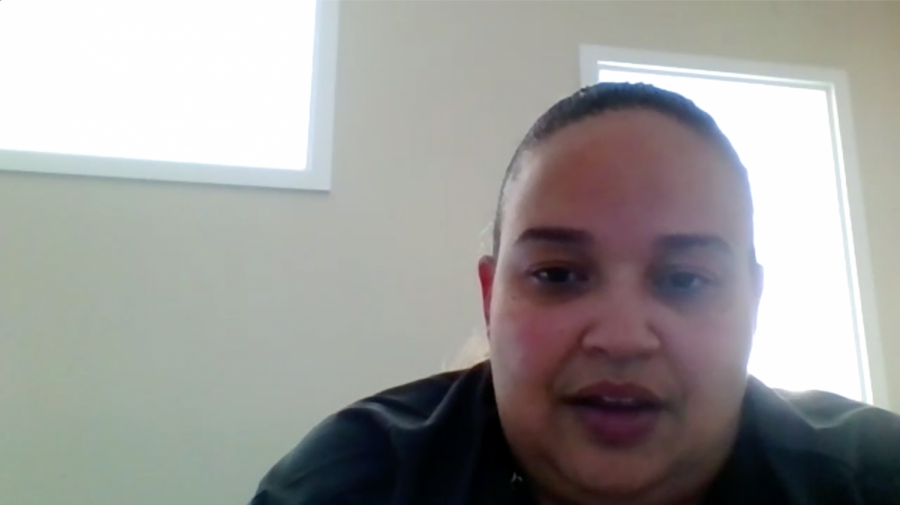 Head Nurse Bianca Ricart zooming in for an interview on COVID and the potential vaccine.

The COVID-19 vaccine has been in development for many months now by companies around the globe, with British pharmaceutical giant AstraZeneca, the front-runner.  They, along with Oxford University, are testing in four countries right now. With an optimistic projected approval date as early as the first quarter of 2021, this has caused some people to worry about the safety of the vaccines.

There are risks associated with any of the treatments being developed, especially with companies trying to release it much faster than other vaccines have previously been created. Producing and testing usually takes 10 years, but due to the alarming number of deaths that COVID-19 has accumulated, companies feel the need to release a vaccine by 2021. Bianca Ricart, the Head Nurse at Miami Country Day School, advised “For something to come out in a year, or a year and a half, I think there should be more evidence and there should be more research on a vaccine because you don’t… there’s a lot of talk, you know, the side effects and stuff like that. So, I wouldn’t advise anybody to get it right away. I would rather… me myself, personally, I would wait. As a nurse, I would wait.”

AstraZeneca has restarted advances in their vaccine after they had to pause the trials of their vaccine due to a British volunteer developing a neurological condition and a healthy 37-year-old woman “experienced confirmed transverse myelitis” after receiving a second dosage of the vaccine according to an AstraZeneca safety report that was summarized in a CNN article.

As of now, it is being reported from AstraZeneca that the vaccine would be extremely effective for the elderly. An AstraZeneca spokesperson said, “It is encouraging to see immunogenicity responses were similar between older and younger adults and that reactogenicity was lower in older adults, where the COVID-19 disease severity is higher.” Reactogenicity is the reaction that occurs after getting a vaccine. There was no update on how it affects children and young adults.

When asked how MCDS administration would implement the COVID-19 vaccine into our health forms, she said, “We don’t know if it’s going to be something that’s going to be mandatory, like your regular immunization was or like your chickenpox one or you know, any other one. Who knows, this might be something that’s like the flu shot that you might have to get it every year. And in fact, a flu shot is…not mandatory.”

Upon further research according to Sir John Bell, a professor of medicine at Oxford University, for NBC’s “Meet the Press,” COVID-19 does not mutate like the flu vaccine.“But it, it’s also quite a tricky virus in terms of generating long-standing immune responses to it. And as a result, I suspect we may need to have relatively regular vaccinations against coronaviruses going into the future.”

This, of course, could change, especially since most vaccines are not close to being finished.

Mr. Brown, a teacher with children at Miami Country Day School has expressed how a vaccine would change his family’s thoughts. His children have been online due to anxieties about being around large groups of people during the pandemic, “It’s likely there will be different priorities for who gets the vaccine…. When a vaccine becomes available, I’ll want to have my entire family get it all at once. And I think that will alleviate a lot of the fear about the disease. I also think, though, that there’s that anger, the anxiety factor is also connected to having been online for so long.” However, he wouldn’t jump at the chance.  “I would want to read about it and know about it before I took it. But if I felt like I wouldn’t be too unhappy, I would be okay with taking it pretty quickly.”

At Miami Country Day School, the flu vaccine is administered to any teacher who wishes to take it. He was very willing to let one of our nurses give him the vaccine, “Absolutely. I received the flu vaccine through the school this year. And, and they also provide regular COVID testing for teachers, which I really appreciate.”

On the other hand, a student at the school, Caitlin Cherenfant, said that she would have to wait on her parent’s approval and do her own research. When asked the same question as Mr. Brown, she said, “I’m not my own guardian. My parents are, so they’d have to have a say in it too, but I would be happy to know more about it before I say yes. I’m kinda half and half.”

She also had thoughts on what she wanted for the vaccine itself, “They should take their time so that people feel safer. It’s probably not going to come out this year, it’ll probably be a while. Other things that I want…it should be [that] nobody should travel that far to get the vaccine. Probably, it should be affordable for everyone. Like, if someone doesn’t have health insurance, they can still get the vaccine,” which is what many people want for the vaccine.

The vaccines have not been released, so it all depends on how the testing for them goes. It is always important to do your research before getting a newly released vaccine because of the potential health issues that could arise. It’s also very important that, since we do not have a vaccine, to “Wear your masks” as Nurse Bianca says, as that will also be very important not just now, but also when there is a vaccine.