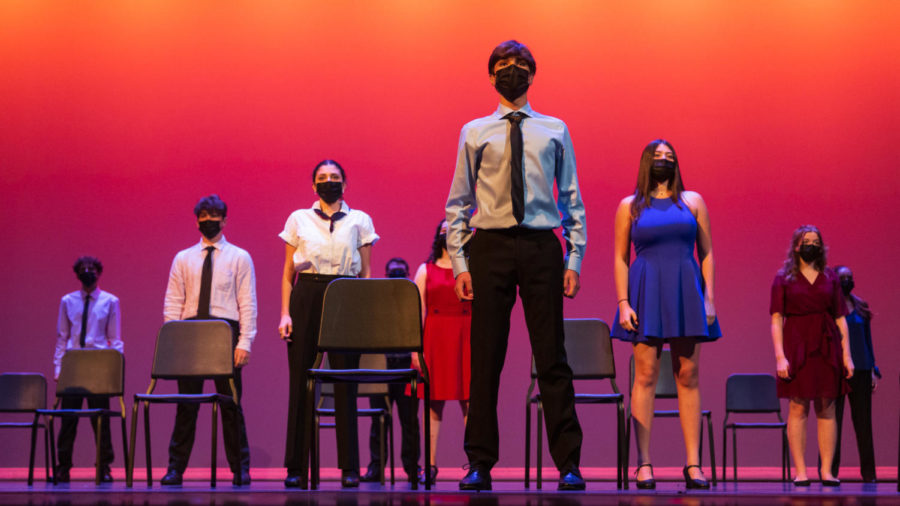 Every year our MCDS community commemorates the historic event that changed the world on September 11th, 2001.  The whole school participated in activities to focus on the 20th

anniversary, and reminded us of the compassion and good that can come from tragic times.

The day began with a few somber words from our President and Head of School, Mariandl Hufford, followed by the raising of the flag and a moment of silence. After the national anthem and a message from Glen Turf on Remembering, Healing, and Compassion, upper school students went on a walk of silent reflection to different locations on campus. Students were invited to take a stone that was meaningful to them in the context of the day’s events.

The drama program put on an amazing performance of 38 Planes from the Broadway musical, Come From Away.  Come From Away is an award-winning production focused on the story of the passengers who were grounded in Gander, Newfoundland on September 11, 2001. 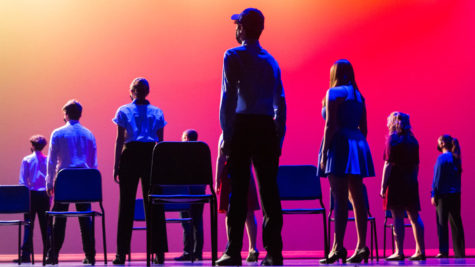 Miguel Escobar, a cast member, said they rehearsed for 2 hours every day the week before school started. “We wanted to hit home and remind people of the importance of 9-11,” Miguel said. “I think we accomplished that.”