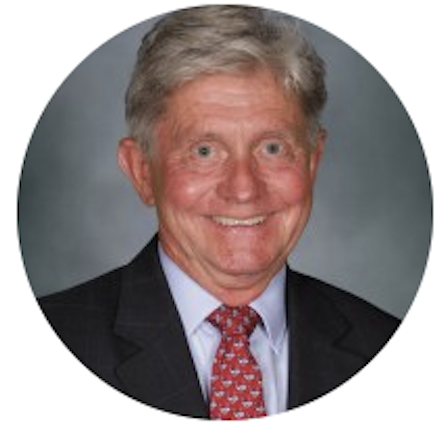 Do YOU know this man? His name is Gary Butts.

The Gap in “One Community”

WHAT CAN WE DO?

The festivities and chaos of Homecoming 2018 left MCDS senior Nicole Lovera with one burning question: what was the dress code for the final day of Homecoming week? Determined to find an answer, Lovera scoured the halls and questioned her teachers. However, Lovera’s teachers were as equally confused on the matter as she. Would Mr. Ball have the answer? Or does Mr. Oronoz handle these situations? Or perhaps even Mr. Connor could assist? Fruitless in her attempt to answer this question, Lovera initially thought little of the matter. A few months later, Lovera brought up the issue in her journalism class after realizing the importance of school administrators like Ball, Oronoz, Connor and many others and the benefits of knowing their roles and how they affect students’ day-to-day here at MCDS. Clearly there must be a way for us to know which administrators are in charge of what: dress code, homecoming week, and a plethora of other issues that come up. What prompted this conversation in Lovera’s journalism class was the revelation that no students in that class were familiar with Gary Butts and his role in the school. (He’s the President of the school, by the way.) Though it may be understandable that a few students are not familiar with such a key administrator, especially as he is someone who isn’t very visible to the Upper School, an entire class of students, with only one of them being new to the school, not even being familiar with the names of other key administrators along with Butts is downright shocking. But, is anyone to blame for why students seem to be unfamiliar with the majority of important school administrators and their roles?

If we’re supposed to be “one community,” what can be done to address this lack of common knowledge of our community’s leaders?”

Before building a bridge to close the growing gap between students and administration, the causes must first be uncovered.  The case for many students is that they cannot assign a face, voice or personality to many MCDS administrators. To many students, the names of many administrators are merely titles. Director of College Counseling and former Upper School Director Marnie Allen believes that “visibility is the key issue.” Perhaps at the heart of the matter is that we, as humans, naturally pay more attention to those things that interest us.  From what the poll data suggests, students are more likely to know those who most directly affect or interest them. Outside of their division, they might not care. To that end, Allen says she finds that even she sometimes is guilty of concerning herself only with matters that have to do with her work saying she receives the proverbial “million emails a day,” and if she sees one that doesn’t pertain to her directly, she probably wouldn’t read it. “If something doesn’t pertain to you, you sort of dismiss it. […] But you remember what’s important to you.”

To find a way to make all administrators important to students, we must first find out how people even decide what is important to them. In David Brooks’ New York Times article Children Learn From People They Love, Brooks writes that “emotions assign value to things.” Some may be led to believe that there is no space for emotion in a work or school setting, but in reality, “work by cognitive scientists like Antonio Damasio showed that emotion is not the opposite of reason; it’s essential to reason.” By establishing a familiar relationship with a person, you subconsciously assign importance to them, as “emotions tell you what to pay attention to, care about and remember.”

Mariandl Hufford, the next Head of School at MCDS, also believes that “education is really all about relationships.” Hufford even praises the aforementioned article, saying “there was a piece in the […] New York Times in the last couple of months that was really good about […] the idea that our schools should build on strong collaborative relationships.” So, in order for the student body to be able to recognize important administration and their roles, the personal connection between the two groups must be established. Nolan Sutker, Director of Marketing and Communications at MCDS, also believes that “we need to see […] both sides are equally as important,” and that “it’s very important to establish that rapport.”

Many Upper School administrators agree that lack of visibility causes this lack of rapport. Donald Ball, the Upper School Director, believes that interaction between students and administrations can possibly build a bridge between both sides of the communication divide. Though, like all things in life, building these relationships will take time. It will take time for students to feel at ease around such key figures of authority in the community and similarly, administrators such as Sutker may still feel “shy sometimes of, like, talking to students because they have so much going on.”

In order to create “strong communication channels between students and administration,” Hufford hopes for there to be “public meetings where student groups and faculty and administration have an opportunity to interact,” so that “the teachers and students and the new upper school director […] can have a conversation to collectively brainstorm […] some solutions.” Allen believes that repeated visibility of administrators, following their formal introductions at assemblies or meetings, will help us know each other better and advance the idea of unity as “one community.” In addition, Sutker also believes that a platform to have dialogue may also allow both groups to become more familiar with each other and help students understand how the roles of key administrators affect their day-to-day lives at MCDS, because currently, that’s not happening, according to Sutker.

The challenge of the majority of the student body not knowing important administration is a problem with no single solution nor a single problem-solver. The answer must be met in between both sides of the communication gap: the students and administration. Brooks conveyed the importance of this communication in his article for the New York Times, noting, “the bottom line is this, a defining question for any school or company is: What is the quality of the emotional relationships here?”

4/11/2019 Correction: Nolan Sutker is not the Chief Marketing Officer as previously reported, but the Director of Marketing and Communications.

4/15/2019 Revision: Ria Maxwell holds both positions, Dean of Faculty and Director of Human Resources. We thank a reader for pointing this out. However our poll only questioned about her being Dean.

Link to the poll: https://forms.gle/fBzjLDr5g5fLeYer8