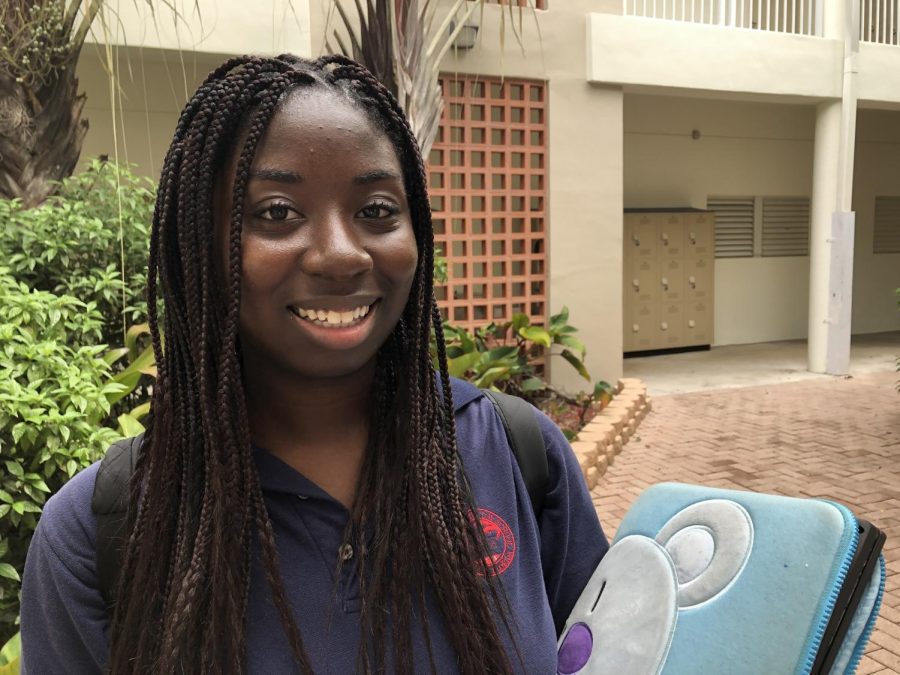 Treating Each Other With Respect…

“What Ms. Vignale said was bad, but I feel that she is being given way too much punishment than she actually deserves. There are multiple cases throughout the school that are much worse than this, but they get overlooked. This issue is being abused by a lot of students and Ms. Vignale deserves another chance and needs to be treated with respect.” – Joseph Aming

“Being a black student at a PWI (“Predominantly White Institution”) or any place where you’re in the minority forces you to think about how you are perceived by your peers. Imagine being anxious about schoolwork, clubs, and relationships. Then add the weight of your words or actions being taken as an example for all people of your skin color. Or maybe your words or actions are taken as something to denigrate you or conform to your stereotype. Those thoughts occur throughout the day: during lectures, conversations, extracurriculars. That’s the added anxiety of being a black student. Hearing comments that unintentionally or intentionally influence your peers to think about you and people who like you in some distorted way adds more to the baggage. Whether you want to or not.” – Abigail Cherenfant

“I have attended Miami Country Day School since sixth grade and although I am privileged to attend a school with a great education, I have been one of many black students that have been victims of microaggressions, racial slurs, culture appropriation and ignorant actions from my peers. As of now, I am just tired that half a decade later, we have not progressed as a community to educate ourselves about how to become more knowledgeable about different backgrounds and to be less-ignorant. I just need change. I am tired of incidents such as these get swept under the rug and not discussed transparently amongst the students. I would hope that as a community we take this incident to be more conscious of our actions and how words hurt people and to be wiser as a community.” – Rootbenie Desir